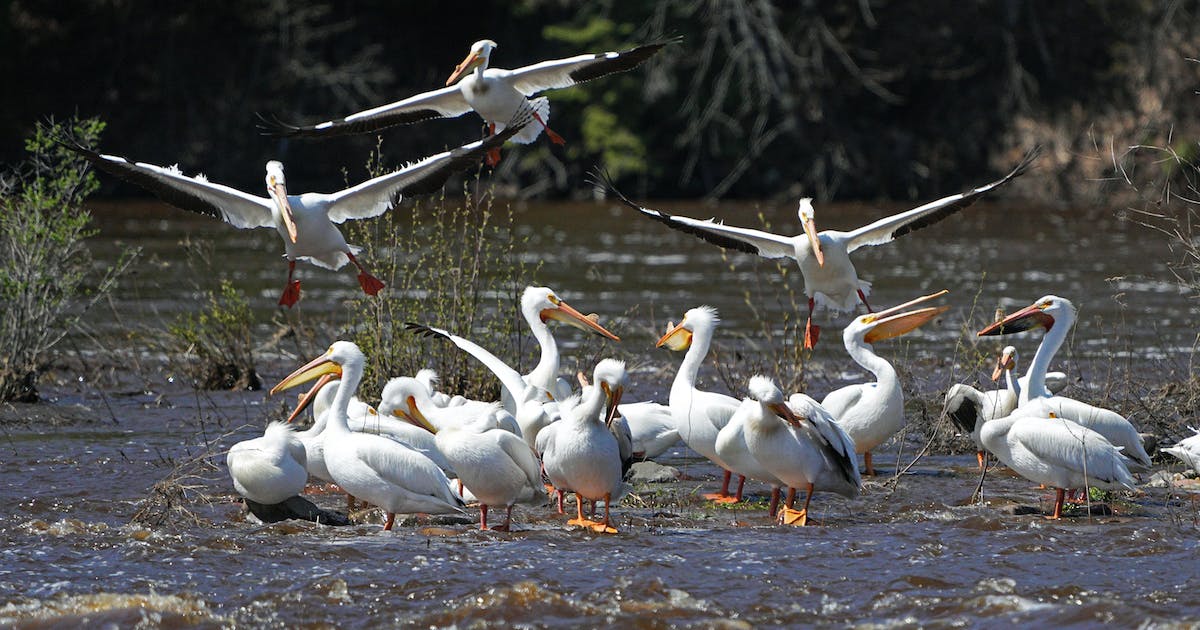 DULUTH – Lloyd Hautajarvi knew of the poisons stewing in the St. Louis River in 1968.

Filled with a century of human waste and toxic chemicals, including those from nearby U.S. Steel Duluth Works, the kids who grew up in Morgan Park back then were largely forbidden from swimming there. But one sweltering day he and a friend rolled their canoe just for a minute in the river, shallow with muck. The next day, both had water blisters.

“That would keep you from too many swimming adventures,” he said recently. “We knew what was in that river.”

Federal, state, local and tribal efforts to clean up the St. Louis River, which separates Minnesota and Wisconsin, and remove it from a national list of polluted waterways have been ongoing for more than three decades. Now a major infusion largely from the federal infrastructure bill announced Tuesday in Duluth is expected to fast-track those efforts.

“This is an exciting day for everyone who loves the St. Louis River,” said Debra Shore, leader of the EPA’s Midwestern office. “Thanks to the bipartisan infrastructure law and the support from our private and state partners, we are on track to finish cleanup and restoration in the St. Louis River Area of Concern by the end of this decade … and maybe as early as 2027.”

About $100 million in work will remain to remove the river from the list of polluted sites it joined in 1987 under the U.S.-Canada Great Lakes Water Quality Agreement. With damage spanning from Cloquet to the Duluth-Superior Harbor, the river and its estuary were among the largest of the 43 listed sites.

So far, more than $237 million has been invested in cleanup. The new funding adds another $81 million to complete the U.S. Steel-Spirit Lake project, $25 million for restoration of nearby Munger Landing and nearly $7 million for the Scanlon Reservoir.

“This money can really transform how people connect to the land,” said Duluth Mayor Emily Larson.

The St. Louis River spans the ancestral lands of the Fond du Lac Band of Lake Superior Chippewa. Long a haven for migratory birds and spawning grounds for lake sturgeon and other fish, it was designated a National Water Trail in 2020, with 11 loop trails for watercraft. The designation represents a major victory in the decades-long cleanup effort and is part of Duluth’s vision for the western waterfront, as it improves parks and habitat and builds new trails and water access.

It’s important to connect them, creating more stewards for the waterway as it continues to heal, she said.

And for those who manage it’s health, said Melissa Sjolund of the Department of Natural Resources, delisting will be just “the beginning.”

“We get funding every year for this and get asked when we will be done,” she said. “The answer is, we won’t. … Protecting these areas is going to be really important.”

How did we get here?

When the Duluth Harbor canal opened in 1871 it made way for rapid expansion, with ships traveling up the St. Louis River from Lake Superior. Piers for heavy industry filled in wetlands. And everyone dumped just about everything into the river for 100 years, before wastewater treatment and other regulations existed.

It didn’t take long for sewage and industry waste to suck the oxygen from the river, with poor water quality recorded in the early 1900s. Eventually, fish weren’t able to penetrate the “biological barrier” to travel upstream to spawn, said Joel Hoffman, a Duluth-based EPA research biologist.

Dennis Doherty, who grew up in and continues to reside in the city’s Riverside neighborhood, recalls when that happened. “The river immediately had a different look to it,” he said.

But toxic pollutants — including mercury and others that can cause cancer and breathing problems — remained buried in the river, threatening humans and wildlife.

Removal from the federal list requires eliminating “impairments,” of which the St. Louis River originally had nine. Six remain, with one under consideration for removal this spring. About a dozen projects are underway or awaiting funding. Most involve dredging or restoration, and they range from slips in the harbor to the Scanlon Reservoir where power was produced, more than 20 miles south of Duluth.

Started in 2020, the largest and most complex contamination removal project involves Spirit Lake, the section of river next to the U.S. Steel site, a coking and mill operation that closed in 1981. Total remediation costs are $165 million, of which U.S. Steel is paying 51%.

In all, more than 1.3 million cubic yards of toxic river bottom are being dredged, sifted and stored in special containers on site, or safely capped. Nearly 120 acres in the river will be covered with clean sand and a new 42-acre shallow sheltered bay for spawning grounds will be built.

Another complex project was completed last fall at Grassy Point, once the site of two sawmills built over the water that left scraps stacked up 16 feet deep across 75 acres, choking out life.

The DNR project used the healthy but excess dirt from nearby Kingsbury Bay to line the bottom of Grassy Point. And the removed clean wood was repurposed to build an island that shields the bay behind it, protecting it from wind and waves, said Guy Partch of Barr Engineering, tasked with carrying out the work.

Tuesday’s milestone, and others like the water trail designation, will attract more people to a river worthy of being a destination, said the MPCA’s Huberty.

The trail is an example of what it’s becoming, showing a “wild” side that many who’ve lived here for decades don’t know exists, she said.

“You get in there and you feel like you’re in the Boundary Waters, and you’re only (a few) miles from home,” Huberty said. “What people have been dreaming about for decades is finally coming to fruition.”